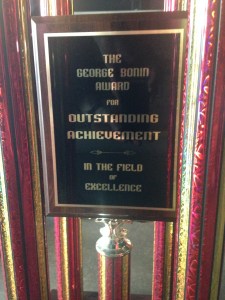 Since 2012, Funk Harmony Park has given The George Bonin Award for Outstanding Achievement in the Field of Excellence (also known as “The Bonsey“) to a member of the South Bend community who actively seeks to make a positive difference in the South Bend Community and the world at large.

The Bonesy is well on its way to becoming one of the most sought after accolades among those individuals who exhibit the same morals, values and work ethic that can be witnessed in the award’s namesake, Mr. George Bonin.

“George is an outstanding member of his community and a good friend to many. He also has a great sense of humor and allowed us to create an award in his honor.”
– T.J. Kanczuzewski. 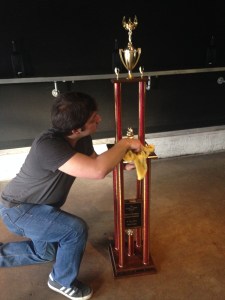 Past Winners of The Bonsey:

2016 – The Brick
For the entire staff at The Brick for helping us throw this event every year.

2014 – Mayor Peter Buttigieg
For his work with the City of South Bend, IN.

2012 – Aaron Perri
For his work with Downtown South Bend (DTSB). 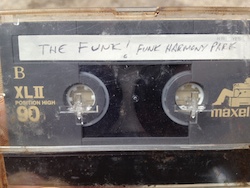